Net Zero and What it Means for Facilities Managers 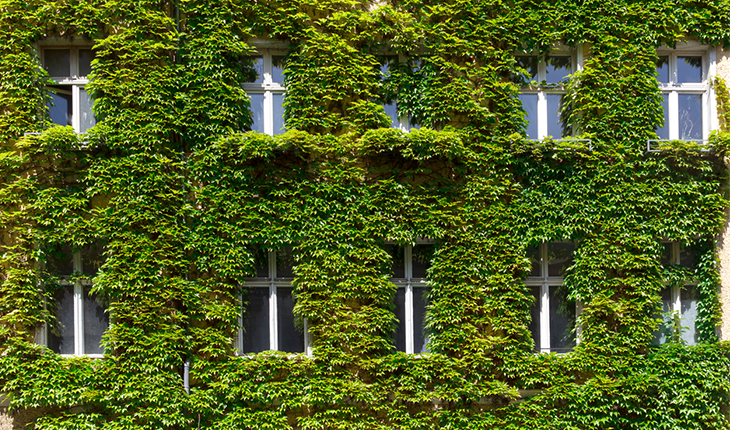 In October 2021, Australian Prime Minister Scott Morrison announced his government’s commitment to achieving “net zero” by 2050, ahead of the UN climate summit.

To achieve net zero, the amount of greenhouse gasses we emit must be equal to the amount removed from the atmosphere. The net zero target is seen as a mechanism to combat the effects of global warming.

Regardless of what happens with the commitment, one thing is for certain – this news is set to have a big impact on facilities managers.

The pathway to a greener future

Over the past few years, climate news has been front and centre for both the government and private sector. The Financial Review reports that 49 companies in the ASX200 have committed to reaching net zero by 2050.

While global warming itself is not a new concept, there has been a significant cultural shift in the past few years. Once upon a time, the concept of global warming was met most often with skepticism. These days, environmental impact is something discussed in boardrooms the world over, as it becomes increasingly important for shareholders, and thus businesses.

The move to net zero for many companies is a proactive one, aimed to appeal to various stakeholder groups. However, for some companies it is a matter of time before net-zero becomes non-negotiable.

In the United Kingdom, Government tender processes have ethical procurement built in. As of September, any supplier bidding for contracts above 5 million pounds must have made a net-zero commitment by 2050.

In Australia, almost a quarter of our greenhouse gas emissions come from the construction, operation and maintenance of buildings. This figure becomes even more staggering in metropolitan areas. Sydney’s Lord Mayor Clover Moore stated in one interview, that commercial office space, hotels and apartment buildings make up 68% of emissions in her local government area.

As the stewards of the built environment, facilities managers are likely to see an escalation of green buildings, and all the responsibilities that come with it.

To make a theoretical commitment to net zero is one thing, to be able to prove it is another. The decision to move to net zero might come from the boardroom, but the data must come from facilities management.

Over the next few years, we will see increased reporting requirements, if not from the government, from leaders within the organisation.

Asset and facilities reporting will likely have to become much more holistic, for a clearer picture of where improvements can be made. From procurement, to maintenance, to disposal of an asset, intervention points will need to be able to identified, and acted upon.

Going paperless is a concept that has been around for many years. In Australia, a huge amount of waste produced by businesses comes in the form of paper. With technology rendering a great deal of that paper redundant, going paperless is more achievable than ever.

Investment in such technologies is a key feature in the Australian Government’s climate change strategy. With solutions such as FMI Works readily available, reducing paper in your organisation is a proactive step you can take today.

While the minimum standards are already in force, there are plenty of more aspirational guidelines out there. With advances in technology and reporting becoming increasingly accessible, it’s only a matter of time until those aspirations become a reality.

Unsurprisingly, there’s likely to be a shift towards more renewable energy sources. For facilities managers, this is going to mean assets running on fossil fuels will be in the firing line for replacement.

In order for companies to stick to the commitment of net-zero, all these assets will need to be replaced over the coming years. However, it’s unlikely that it’ll be a one and done replacement.

Ideally, you’ll be able to leverage predictive software to identify points of intervention to determine when those assets will be able to be replaced with the greener option.

When will the changes start happening?

Though the announcement of the net-zero commitment is only fresh, the wheels have been in motion towards greener buildings for a number of years. The National Energy Productivity Plan (NEPP) is a current package aimed at improving energy productivity by 40% between 2015 and 2030.

The Trajectory for Low Energy Buildings outlines policies to deliver on these energy efficiency improvements.

With a long way to go to reaching the 2050 target, there’s no time to waste. If the changes haven’t started happening in your organisation yet, they will soon.

While the years ahead certainly see the workload of facilities managers exponentially increase, there is some great news to come out of this announcement.

Beyond the environmental benefits, facilities managers are going to require additional investment to make these changes happen. More efficient HVAC units, additional reporting capability, and technology investments to make it all possible.

To get on the front foot, speak to one of our experts today about how to level up your reporting capability. Our cloud-native facilities management solutions put you on the right path to achieving net-zero.

Keep on top of all the latest news and articles.
Subscribe to us today!